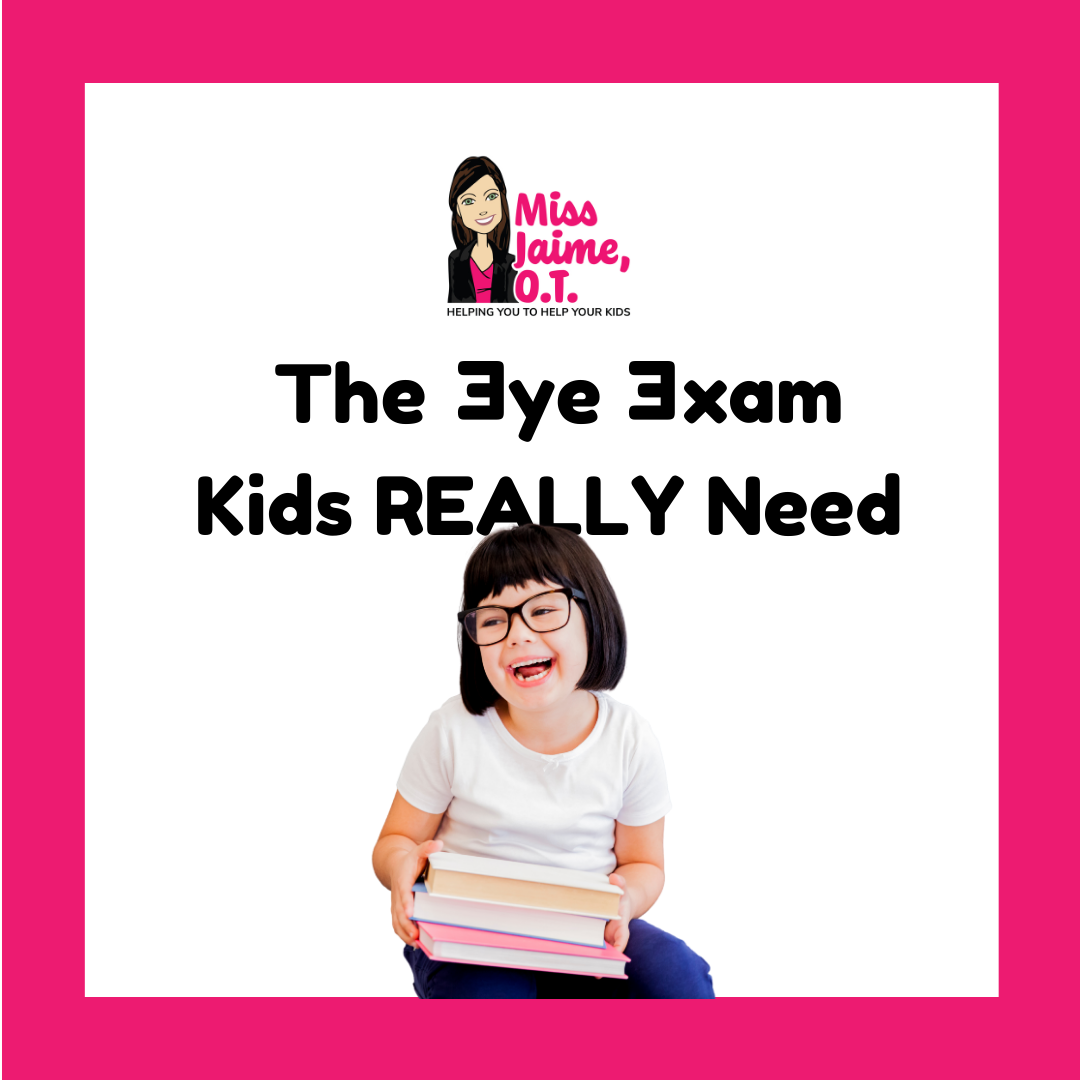 Did you know that the eye exam that the school gives just looks to see if the child may need glasses?  There are actually WAY more problems that a child can have that would interfere with their progress in school.

There are different kinds of eye care professionals and different models of treatment. Some doctors may only check the health of the eye and if the child needs glasses. Others also check eye movement and if the eyes work together.

Unfortunately, many children are walking around with undiagnosed vision deficits. The parents get them glasses so they think they’ve crossed vision problems off the list.

But there are a huge number of vision problems that may be impacting a child’s schoolwork. It’s really important that children have a complete eye exam. Not just finding out if they need glasses. 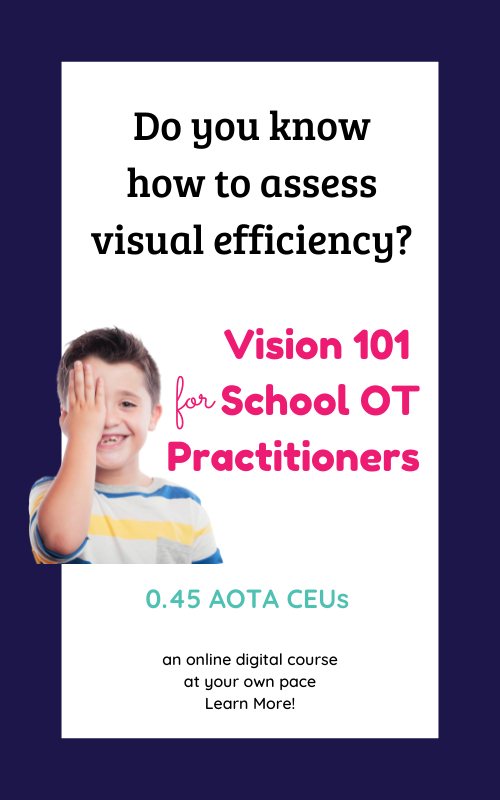 Visual Efficiency NEEDS TO BE ASSESSED

Binocular Vision Disorders  – when a child’s two eyes aren’t working together as a team.  This may include strabismus, convergence and divergence.  Binocular vision issues are more common in children with learning disabilities, and developmental delays.

Accommodative Disorders are also called Focusing Disorders. Children who struggle with looking from near to far and back again are among 5 to 6 percent of the general pediatric population (Scheiman, 2104).

Think of how many children have trouble copying from the board.  That could be due to Accommodation.

Many children struggle with reading. Despite tutoring, they don’t make progress.  That could be a problem with the near vision system.

A child who tends to avoid sports and doesn’t want to play catch may struggle with convergence, and can’t see the ball as it’s coming toward them or they may see double.

What is a Complete Eye Exam? 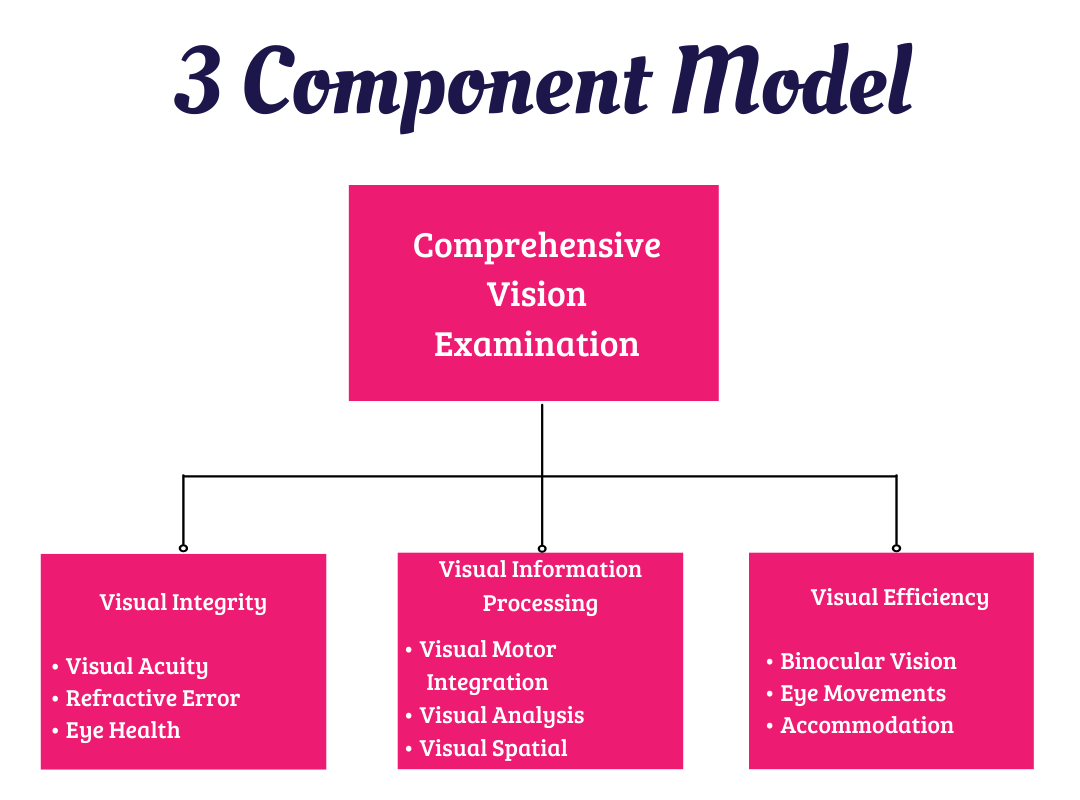 An annual eye exam done by an Optometrist may not include all three of these components.  It depends on the doctor’s training.  It can be difficult to find an optometrist who will do an exam that looks for more than just glasses.  But for some children, it makes all the difference in the world.

ARE YOU A SCHOOL OCCUPATIONAL THERAPIST? 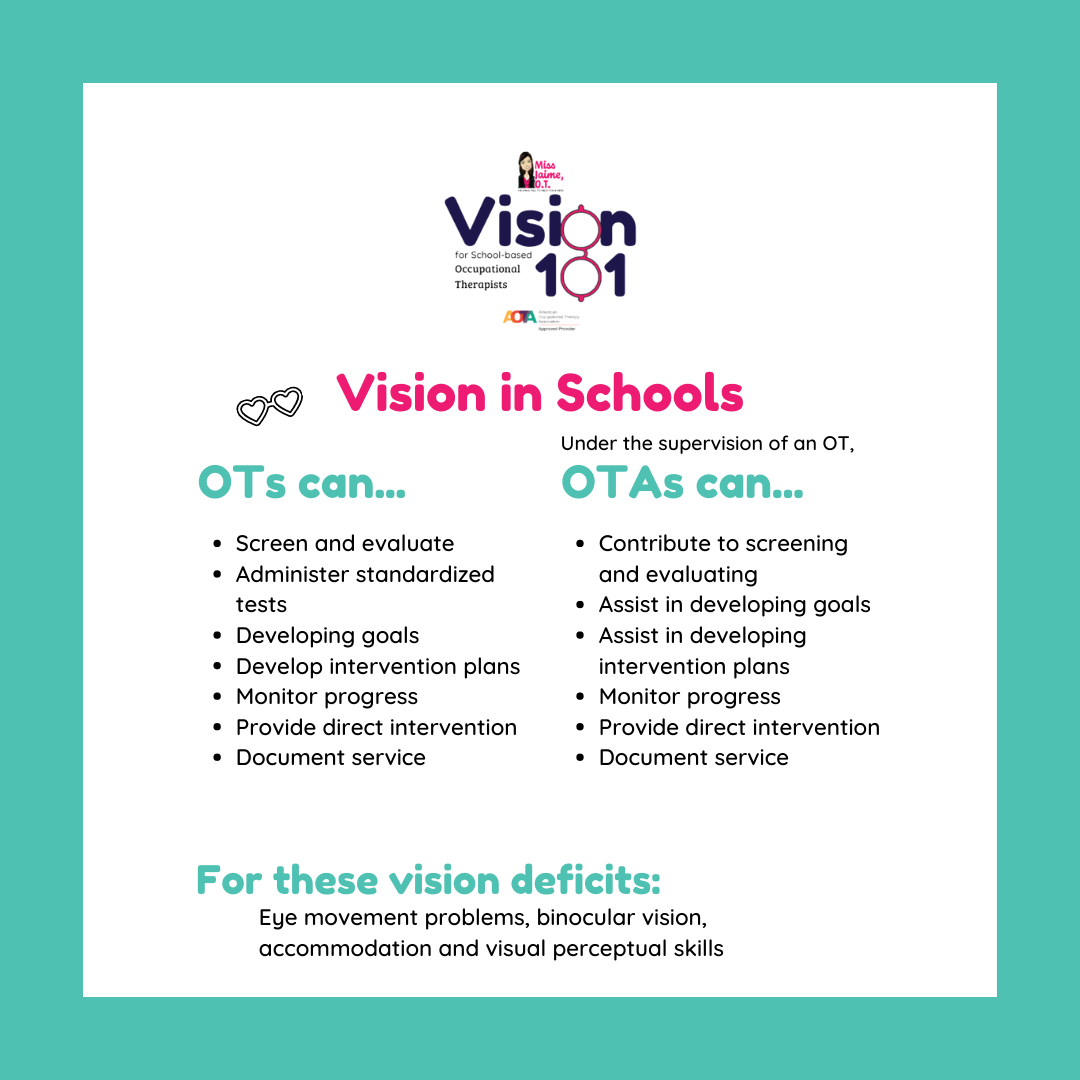 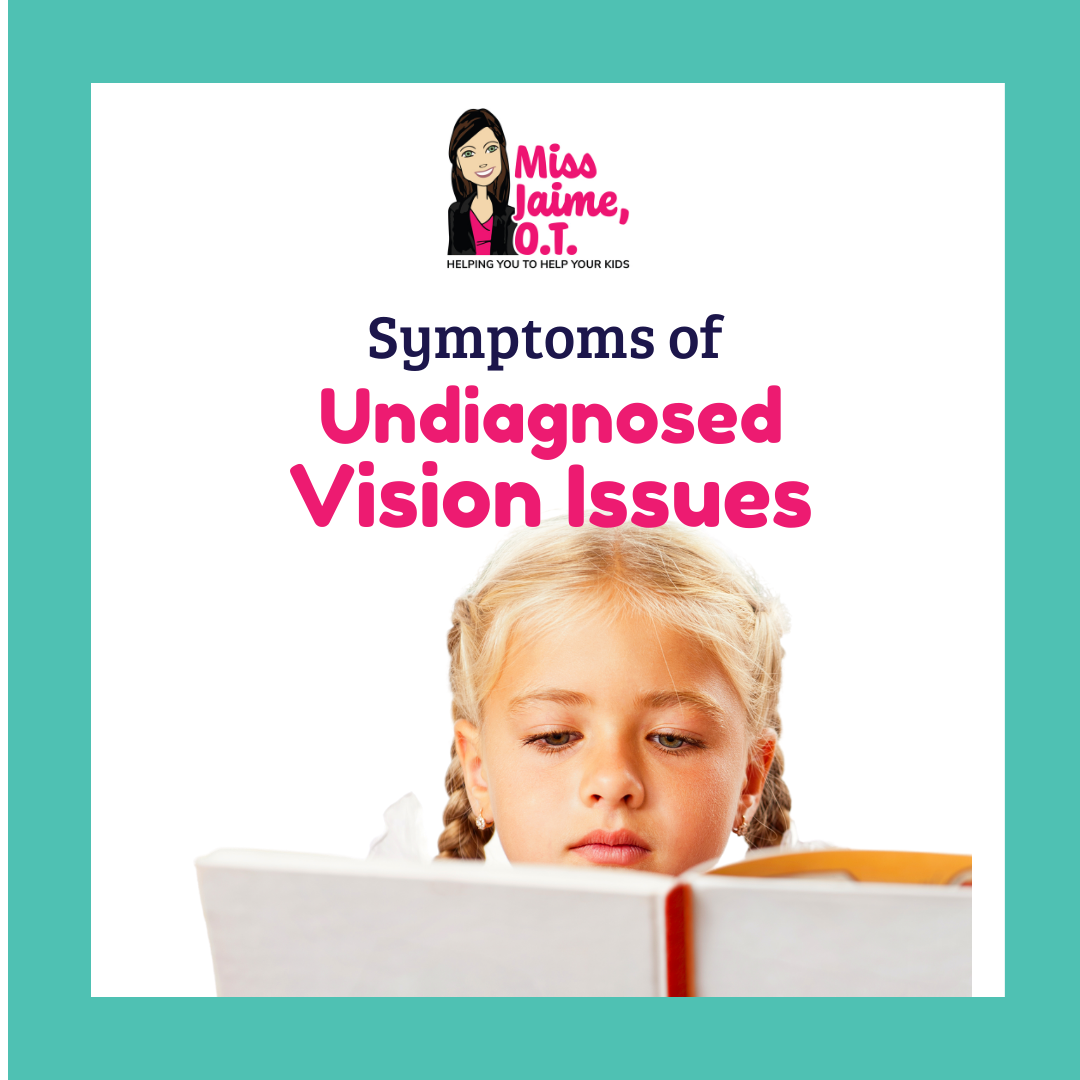 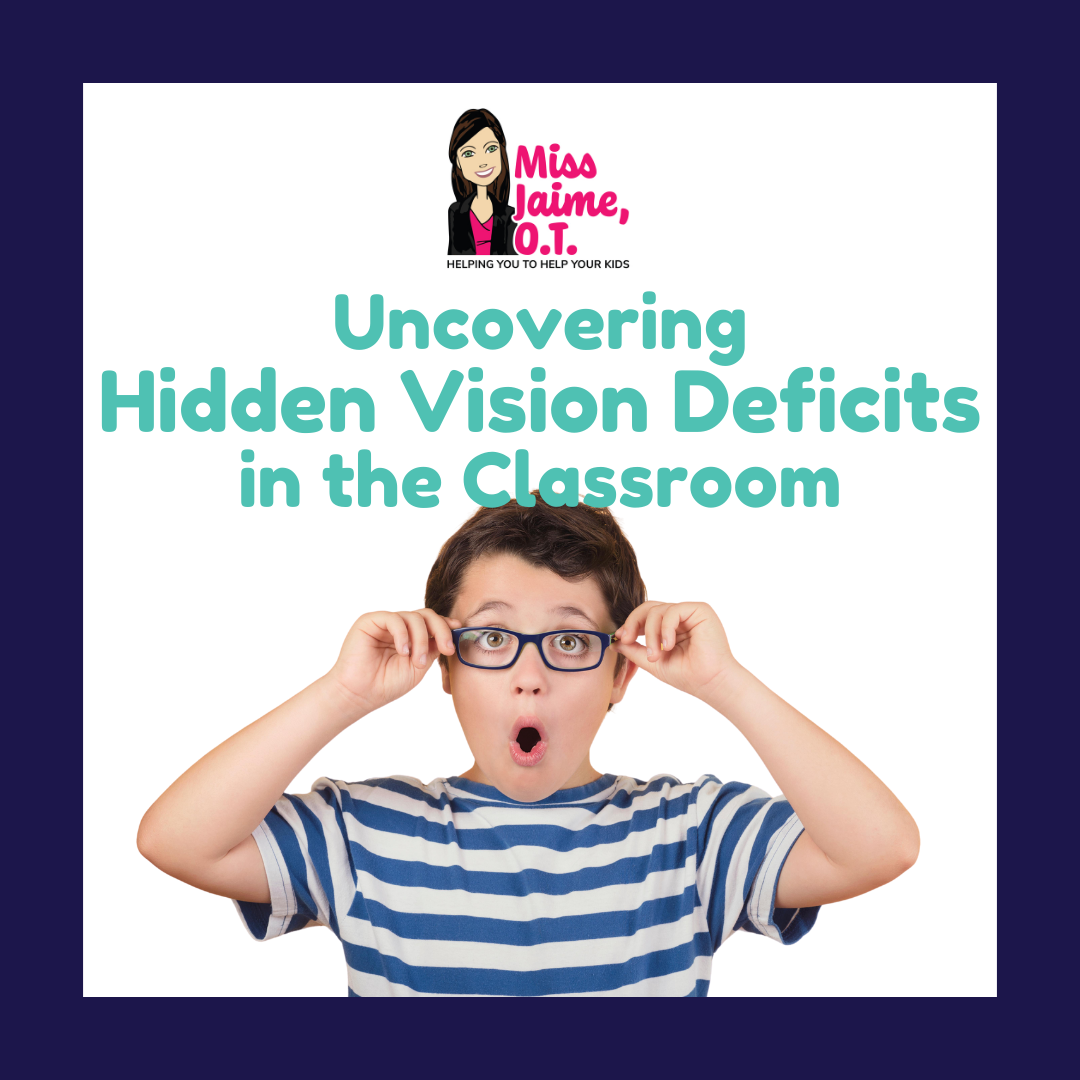 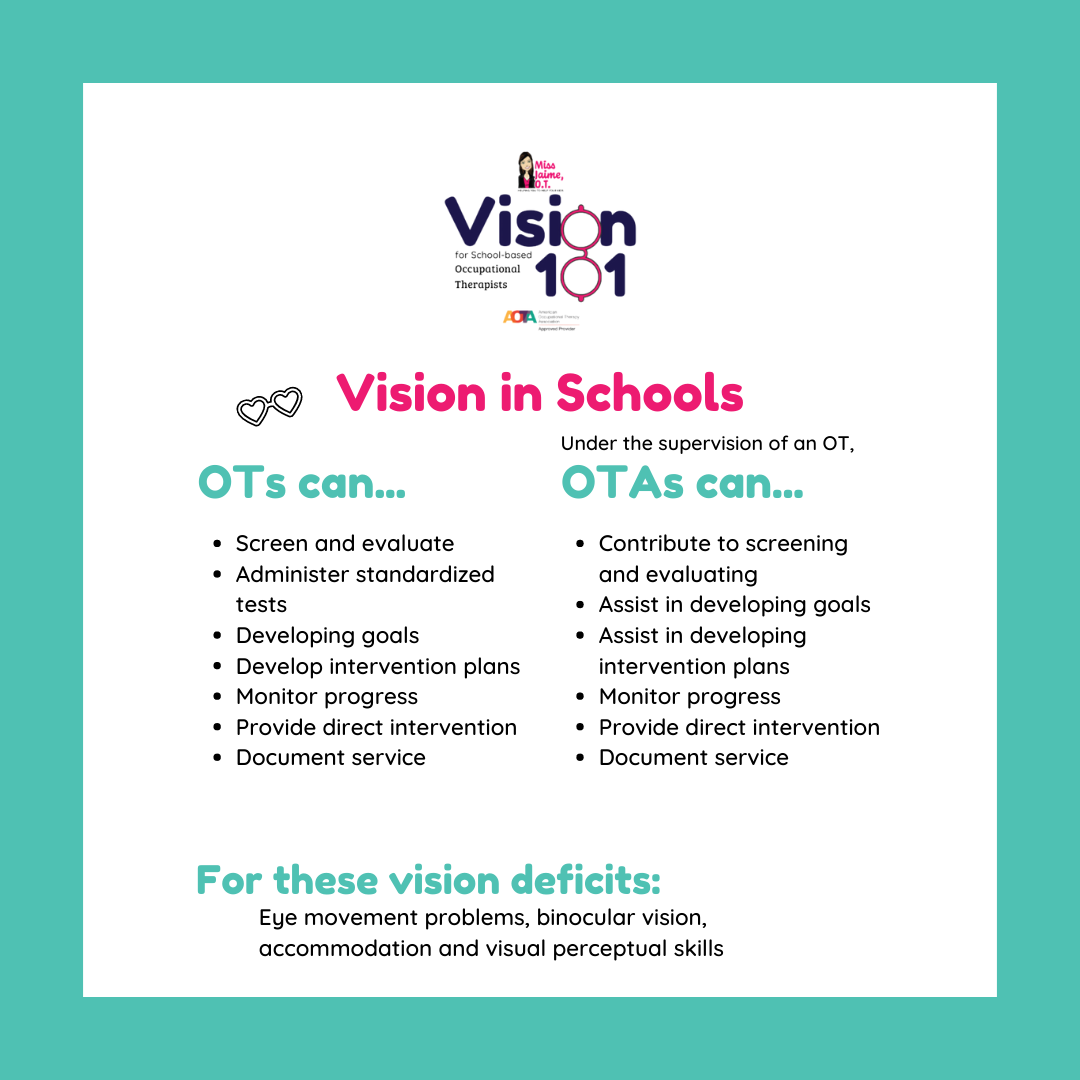